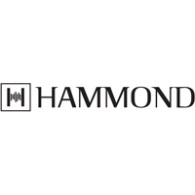 ON SALE
Be the first to review this product
The Hammond XK-1c provides the full majesty and versatility of the industry standard B-3 in a compact package weighing just 16 pounds, with a price modest enough for everyone's budget.
Regular Price $2,995.00 Special Price $2,699.00
Availability: In stock
SKU
HAM-XK1C
Add to Wish List Add to Compare
Details

The Hammond Xk-1c is the smallest and lightest Genuine Hammond Organ ever offered. There was a time when the roaring sound of a genuine Hammond B-3 Organ and Leslie Speaker required a moving van with burly movers, and room enough on stage to stand 4 regular musicians. Those days are truly now behind.

The Hammond XK-1c provides the full majesty and versatility of the industry standard B-3 in a compact package weighing just 16 pounds, with a price modest enough for everyone's budget.

Following the lead of the wildly popular SK series of ultralight keyboards, the XK-1c uses the same Virtual Tonewheel "engine" as Hammond's flagship B3-mkII Console Organ, with all the traditional elements, such as Hammond's original Chorus/Vibrato and Touch-Response Percussion™. Our authentic selection of digital Leslie cabinets are also onboard, completing the classic setup; bringing the "King Of Instruments" within reach of anyone desiring it.

The XK-1c features extensive customization capabilities, allowing the Organ to be tailored into replicating any Hammond/Leslie vintage, with all settings stored in each patch. Most common aftermarket "Hot Rod" modifications are possible within the editing facilities, as well. A wide variety of different Hammond tones are contained in the factory patch library. Our extensive Artist roster contributed many of the patches found on the Xk-1c. It will "scream, purr, and cry" right out of the box. There are 64 Factory patches and 64 User-programmable patches available.

In addition to the Drawbar Profiles, the sounds of two of the most popular transistor combo organs are included ("Farf" and "Vx"), along with 28 equivalent ranks of Classical Pipe Organ sounds. The Combo Organ and Pipe Organ voices may be fully registered in traditional fashion via the Drawbar controls.

Hammond USA Sales Manager Steve Simmons says: "The XK-1c's diminuitive size is shocking when compared to its massive tone, but one touch of the traditional waterfall keyboard tells the truth that the XK-1c is the real deal, not a clone or imitation, but a genuine Hammond Organ, worthy of the name and the legacy of nearly 80 years."