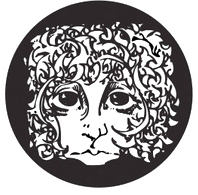 Be the first to review this product
Gorgeous wah with absolutely no moving parts and the sweetest tone.
$199.00
Availability: In stock
SKU
EHX-CRYTONE
Add to Wish List Add to Compare
Details

The wah wah pedal was introduced in the 1960s. Now, almost half a century later, Electro-Harmonix has solved many of its inherent problems by creating a gorgeous wah with absolutely no moving parts and the sweetest tone.

The evolution of the wah is here! The Electro-Harmonix Crying Tone wah pedal improves upon the original design from the '60s, bringing it into the 21st Century. You still get the killer wah sounds you want, but with no moving parts. Crying Tone is super responsive and extremely easy to use. Just set it down and start rocking. This innovative and good-looking wah is perfect for any musician. Get a wah created in this century, get the Electro-Harmonix Crying Tone.

Modern features that won't wear out

Innovations in modern technology have changed the world, and electro-harmonix has brought modern technology to the wah. There are no moving parts in the Crying Tone wah pedal, no pots, no gears, no footswitches. No parts to wear out or replace. Rock the pedal forward to turn it on or off. The switching is instantaneous with no clicks or pops.

The ideal wah tone was crafted for the electro-harmonix Crying Tone wah pedal. This isn't some cheap knock off, it's a classic, full-bodied wah tone that every guitar player wants in their pedalboard. The Crying Tone is a super expressive and responsive pedal that gives you everything you could want out of a wah.

Calibrate your wah for new tones

• No pots, foot switches or gears to break

• Instantaneous switching from bypass to effect